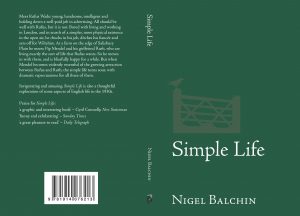 I am very pleased to announce that I have recently republished Nigel Balchin’s second novel, Simple Life. The book was originally published in 1935 and has never been reissued, in any form, until now. The new (2022) edition is available in both paperback and ebook versions. Simple Life is book number 2 in the Nigel Balchin Collection, a major reissue series of Balchin’s fiction which kicked off at the end of last year with Seen Dimly Before Dawn.
Simple Life is a clever, witty and thought-provoking novel about a young man who leaves the London rat race behind and travels to Wiltshire in search of a simpler, more physical open-air existence. The book is of interest on a number of levels, not least because it shows how much of Balchin’s novelistic talent was already in place a full seven years before he made his breakthrough with Darkness Falls from the Air. Simple Life also possesses contemporary relevance because it deals with the theory and practice of simple living, something that has been in the news a lot in recent years in the wake of the COVID-19 pandemic.
Simple Life has been admired down the years by the likes of Cyril Connolly and Clive James; now, for the first time since 1935, you have the chance to read it for yourself and make up your own mind!
This new edition of Simple Life also contains an introduction, explanatory footnotes, a biographical essay about Balchin, an essay about simple living and a bibliography.

Simple Life (as with all titles in the Nigel Balchin Collection) retails at £9.99 and is available to buy from Amazon, other online book retailers such as Waterstones and Blackwells or by placing an order with a UK bookshop.
Happy reading! 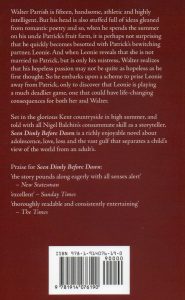 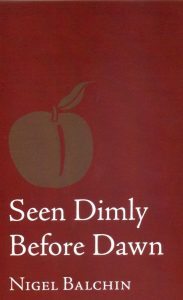 I have a few copies of Seen Dimly Before Dawn available to purchase. The cost is £8.99 (a saving of £1 on the Amazon price) and this includes free P&P within the UK (please enquire about overseas postage). Payment can be made by personal cheque, PayPal or bank transfer. To take advantage of this offer, please email me via the ‘Contact’ form on this website and do be sure to supply your postal address so that I will know where to post your book! Thank you.
The next two volumes in the Nigel Balchin Collection are scheduled to appear as follows:
In the Absence of Mrs Petersen – October 2022
Sundry Creditors – Spring 2023

Nigel Balchin at a Glance 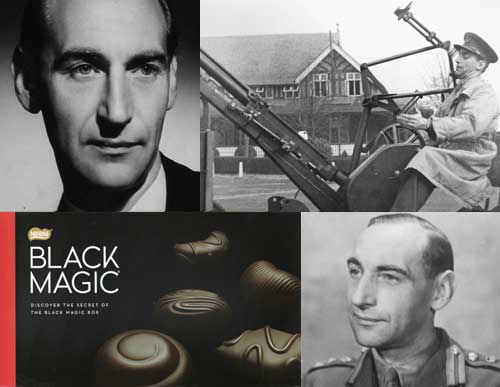 Trained originally as an industrial psychologist, in which capacity he helped Rowntree’s to successfully launch Black Magic chocolates in 1933, Nigel Balchin first received critical acclaim as a novelist during the Second World War when he wrote Darkness Falls From the Air. It was the first of three evocative novels (including the smash-hit The Small Back Room) that made good use of his wartime employment experiences at the Ministry of Food and later in the army. This trio was followed by a stream of other fine novels, such as A Sort of Traitors, Sundry Creditors and The Fall of the Sparrow. Balchin diversified into film scriptwriting after the war, winning a BAFTA for his work on The Man Who Never Was and penning what he whimsically described as “the first folio edition of Cleopatra”, being his original (unused) script for the Richard Burton/Elizabeth Taylor epic. When Balchin died in 1970, at the age of 61, an obituarist in the Guardian anointed him “the novelist of men at work”, a fitting epithet for one of the best fiction writers of the twentieth century. As recently as 2016, Clive James observed that “if a whole era’s most unjustly neglected literary tendency [i.e. novels set in a place of work] is to be revived and properly estimated, Balchin is undoubtedly the place to start.”

The first biography of Balchin (His Own Executioner: The Life of Nigel Balchin) was published in 2015, with a revised and updated second edition following in 2020. Click here for information about the book.

“…his characters have only to open their mouths to reveal a personality.” – L. P. Hartley, Sketch, 1945